Life, Love and Music: An Interview with PJ Morton

Life, Love and Music: An Interview with PJ Morton 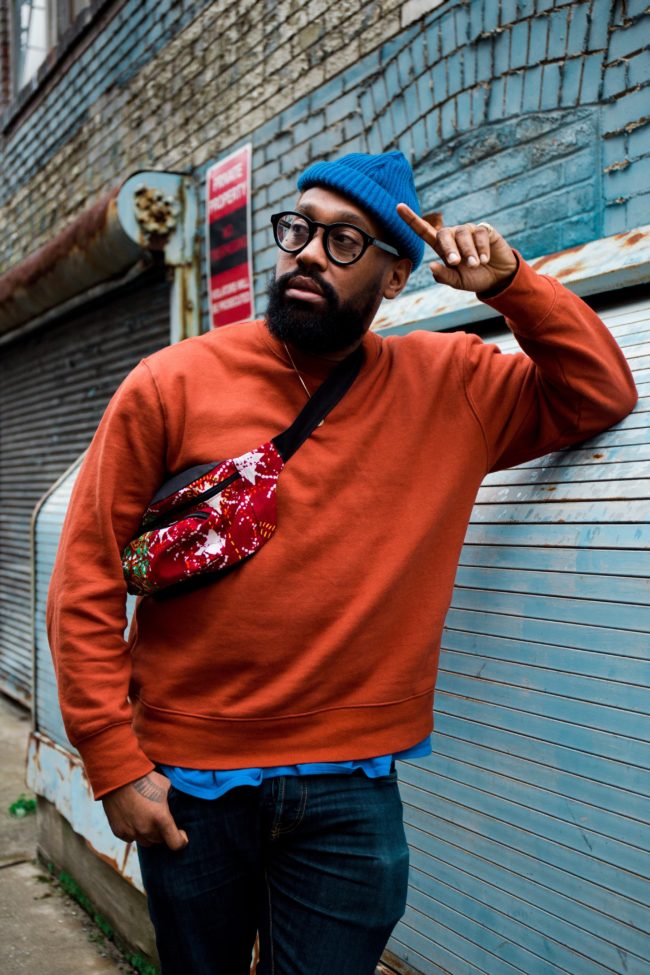 The Press Club of New Orleans will host its 61st Annual Excellence in Journalism Awards Gala on July 27, and we are honored to have Grammy-award winning singer/songwriter, PJ Morton, as this year’s host. We talked to the New Orleans native about his new album, which is set to be released August 9, and the importance of being back home to continue his music career.

You have a new album coming out soon. Tell us about how you came up with the name and idea of the album, plus the work that was put into it.

PJ: The name is my name [Paul]. You know, I’ve been called PJ since I was a kid, but um, I came into the world as Paul. And, my journey and my exploration was always about trying to get to the purest form of who I am and what I am. So, I thought that Paul was a good title. Now that we’ve done ‘Gumbo,’ I moved back home; I’m back in my birthplace. The music on the record, it’s still in the name of me. I didn’t talk much about love last album because in the past, I had only written about love and relationships for the most part, and really wanted to challenge myself. This album is kind of half and half. It’s like love songs and life songs. I have [a] song on the album called ‘Make America Great Again.’ So, I’m dealing with some issues as well, but I also keep it light and have a good time with songs like the new single ‘Ready.’ As far as the features, I’m always just listening to the song and I never have features picked out before I work on anything. It’s with the song, like ‘Ask For It.’ If I can get to the person who I hear, then I reach out. Jazmine Sullivan is an old friend of mine. We worked on this song years ago and I never made it available for people to have, and people who remembered it, kept asking for it. So, I decided to put that in. Rapsody and Tobe Nwigwe are two amazing rappers that I love right now, and I did something on Rapsody’s album. So, we just swapped. Jojo, we did ‘Say So,’ together. So, it’s a lot of love, but all the features, to me, they made sense and they fit the project.

PJ, you’ve been around and lived around the world, but now, you’re back home in New Orleans. You’ve made it your mission to come here and highlight the beauty of the city. Why is it so important for you to make sure that your home is now included in everything that you do moving forward?

PJ: I think there was a level of that even before I moved home. I didn’t know it, I didn’t realize it, and I never planned on coming home, but the album before I came home was called ‘New Orleans.’ So, it’s like I guess it was always there. However, the older I get, I feel like a pull and a purpose to make sure that my city is put on the map. One, for the public and for the audience to realize that’s where I’m from, but I want to do it for New Orleans, too. I want New Orleans to see that there’s somebody out there representing because that’s what I needed when I was a kid. You know, I got to look at Terence Blanchard, he was working on Spike Lee films. But as far as producers, Allen Toussaint was much older than me. I knew about what Fats Domino had done, but I didn’t have anybody currently, right there, doing it the way I wanted to do it. So, I just want to make sure I’m a light and continue to show home what’s possible, and I’m right here. I’m here. I live the same place they all live.

What kind of talent are you finding in New Orleans?

PJ: I signed this guy BRICK LIAM; he was on the road with me. As far as New Orleans, I wanted to focus a lot on songwriting and production in the city. That’s the talent I’ve been looking for. I have this producer who is signed to MORTON Records; his name is Erick Bardales. He’s such an amazing producer and engineer. I have this songwriter, Zara, signed to me as well. She lives in New Orleans. She’s so talented as well and a dope artist. That’s what I want to build. There is so much talent here in New Orleans. I think my focus here in the city is more on creating copyright that will last the test of time for the biggest artists in the world. That’s my plan.

You first started singing and playing at church with your father. Now, you often bring him out during your shows to perform with you. Talk about those full-circle moments and what it means to have him on this journey with you.

PJ: It’s a special moment because it’s gone through so many different levels. I can think back to when my father was questioning and wondering if I should be doing gospel music. We went through that, and him watching me grow and understanding who I was as an artist and that I wasn’t trying to embarrass them or rebel. This was something that was in my heart and I felt that this was my purpose. I wasn’t a preacher, but this was the way I got my message of love out, and then they became my biggest supporters. Now, for them to see all the hard work, where we are now…Essence, we had it at capacity in there, and to bring my pops out, in New Orleans during a live recording, it’s like super full circle. He’s so proud and I’m so proud of what he’s built. I watched him work so hard, that’s where I get it from. So, it’s just super special to have him up there. He’s up there killing it! It’s not even like, OK, here’s my dad…y’all be nice to him. No, he’s up there doing his thing! It’s beautiful.

You do a lot of work in the community whether it’s restoring the legendary Buddy Bolden’s house, to hosting events and award ceremonies. Why it is important for you to make sure you have a presence in your home town?

PJ: That’s what New Orleans has always done for me. It’s always the gift and the curse for the city. We celebrate our own, but we also make sure we have to see our own. You know? Don’t get too big. I make sure that I touch the people because this is my family. I consider New Orleans my family. I want to make sure that I am always connected and not too high. You know, I’ll never get too high, too big to not be able to be with my people.